Voi is strengthening its leadership team following the achievement of two million rides in the UK. 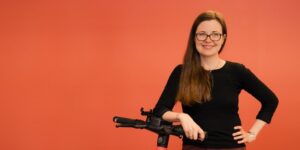 The operator is welcoming Jack Samler as its new UK and Ireland general manager, Matthew Pencharz as its new head of policy for UK, Ireland and Benelux, and Anna Gustavsson as its new VP of product in Stockholm.

Samler joins Voi from Deliveroo, where over the last three years he has held several leadership positions.

Most recently, he was the tech company’s UK and Ireland commercial director, running its portfolio of 20,000 independent restaurant partners and leading a team of over 100 people. He will oversee the daily operations and growth of Voi’s UK and Ireland business, taking over from Richard Corbett, who will move into a new global role as vice president of market development, focused on international growth and business development.

Pencharz is also joining the UK team as Voi’s new head of policy for the UK, Ireland and Benelux. He is known for his strategic leadership in transport and environment, having served four years as Deputy Mayor of London for Environment and Energy while Boris Johnson was Mayor.

Gustavsson is joining Voi as its new VP of product in Stockholm, bringing a new focus to the company’s vision of sustainable e-scooter technology. Gustavsson was previously at Hive, most recently as the company’s head of product.

“I’m delighted to be welcoming Jack, Matthew and Anna to the Voi family,” said Fredrik Hjelm, CEO and co-founder of Voi. “Thanks to the UK public’s enthusiasm for a greener, low-carbon form of transport, Voi has grown in the UK from a single person in June 2020 to over 200 now.

“After launching our greatest and most exciting e-scooter to date earlier this year, we have some exciting plans ahead and they will be a key part of the next stage of growth for the company.”

Samler said: “I’m delighted to be joining Voi’s UK and Ireland team as general manager. With their ground-breaking ambitions to fundamentally redefine how we move around cities, the team at Voi has impressed me hugely. I’m looking forward to being part of such a dynamic, innovative business and in doing so help the UK and Ireland move towards a low-carbon society.”

Pencharz said: “I’ve spent years in the sustainable transport sector, and nothing excites me more than the potential for e-scooters to transform our cities from crowded, polluted places into open and liveable spaces. I’m looking forward to working alongside Richard and Jack, whilst supporting Voi’s outstanding policy team to ensure that more people embrace the micro-mobility revolution in the UK, Ireland and Benelux.”

Gustavsson said: “I’m thrilled to be joining Voi as the new VP of product. I’m passionate about finding ways to build a more sustainable, low-carbon society and innovative transport solutions like e-scooters are crucial to transform customer behaviour and pave the way for an emissions-free future. I couldn’t think of a better place to tackle this challenge than at Voi.”

Pencharz and Samler are joining Voi at an exciting time for the company’s UK operations. Since launching its first UK trial last September, Voi’s e-scooters can now be found in 18 locations across the country, giving the operator a 60% share of the UK market. It took six months to reach one million rides in the UK and only one month to reach the next million, with customers from Liverpool to Portsmouth using the scooters to get out and about after the recent lifting of lockdown restrictions.

Across the company’s entire European operations, Voi recently reached a 100,000+ daily ride target on one day in mid-April according to data by third-party analyst Fluctuo – the highest level since late September. On 14th April, more than 100,000 rides were taken on the electric vehicles, the highest level since late September when ridership peaked at 110,000 rides in one day. A few days later, on 18th April, Voi riders took more than 90,000 rides.