“There is pent-up demand for e-scooters”: Tandem Group on embracing electric

Despite the lingering uncertainty about e-scooters, UK product distributor Tandem Group is forging ahead in e-mobility. Director of sales Matt Rudd talks to Alex Ballinger about e-transport

E-scooters continue to be the biggest talking point in urban transport, as the UK Government moves towards their legalisation on the roads. Despite the messaging from the authorities, there remains plenty of scepticism and uncertainty about the emerging technology in the bike industry, as many retailers still aren’t convinced by the opportunities in selling e-scooters.

But elsewhere in the industry, brands are embracing e-scooter technology, including British distributor Tandem. The cycling wing of Tandem, Tandem Group Cycles, has now added Li-Fe e-scooters to its portfolio, currently offering five models, ranging from £159.99 to £549.99. 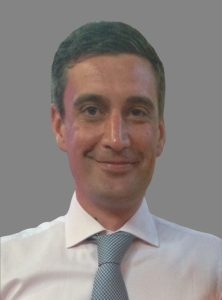 Distribution and investment
“We have witnessed in recent years people understanding the benefits of e-mobility and starting to embrace e-scooters, a trend that is simply well beyond e-bikes,” said Rudd. “The UK scooter market volume last year was estimated at over 250,000 units, which continues to show positive year-on-year increases.

“We haven’t just started distributing e-scooters – this is a category we continue to invest in designing and distributing products building on our experience and success of electric kids scooters within our MV Sports business.”

Tandem Group, based in Solihull near Birmingham, is a designer and distributor of sports and leisure equipment, ranging from kids’ toys to garden and outdoor products. The cycling wing of the company, Tandem Group Cycles, based in Birmingham, works with a number of well-known bands including Dawes, Claud Butler and Falcon.

The retailer view
Earlier this year, retailers shared their thoughts on the future of e-scooters, but the consensus appeared to be that many store owners were reluctant to sell electric scooters, at least until Government legislation catches up.

Since then, Ministers have announced plans for a new vehicle category specifically for low-emission, low-speed vehicles, specifically e-scooters, paving the way for the legalisation of e-scooters on public roads. So how does Tandem see retailers responding to e-scooters?

“It is not that long ago many customers and retailers alike were cautious when e-bikes were introduced to the sector,” said Rudd, “and we have all witnessed exponential growth since.

“Today customers expect both an electric and mechanical bike offering and IBDs which don’t present this are now the minority. Initial indications would suggest that e-scooters are following a similar trend, we are already seeing the growth of e-scooter specialist shops opening across major cities, something set to continue.

“The savvy customer centric IBDs are starting to evolve their range of e-scooters while also providing a comprehensive servicing and repair offer. As a leading national distributor with a credible range of e-mobility products it is our role through first class customer service to support our loyal IBDs and retailer network helping them unlock this potential.” 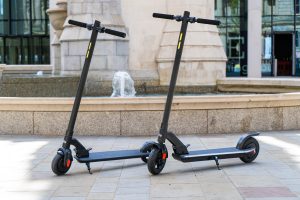 The law
At the time of writing, the Government still hadn’t confirmed when the new legislation would come into effect, causing some frustration amongst retailers and e-scooter brands, keen to get some clarity for the future of their business.

According to high street e-scooter retailer Pure Electric, the ongoing cost of living crisis, which includes the soaring cost of petrol, means that e-mobility is more important than ever to offering families and workers a low-cost alternative mode of transport.

Rudd said: “There is pent-up demand for e-scooters and their legalisation will be a further catalyst, where we expect to see the same if not higher impact as Covid-19 had on cycle sales.

“The UK is significantly behind its counterparts Spain and France where legislation has been granted, with estimated annual e-scooters units sold at over one million units. The legalisation of e-scooters is likely to provide a step change for the e-mobility and wider cycling sector.

“Awaiting us is a huge incremental commercial opportunity which is significant for the wider two-wheel market, providing additional sustainable transportation options for customers. This is not a case of people switching from bikes to scooters but rather from four-wheels or public transport to a cost effective two-wheel alternative.”

A slow start
Following the unprecedented cycling boom sparked by the coronavirus pandemic, the bike trade is being hit by a slow-down in the first half of 2022, with consumers feeling the pinch from the rising cost of living.

Tandem’s bike sales have been hit by the change of pace, as revealed in the half-year trading report published in June. Describing bike sales as “disappointing” so far this year, Tandem Group Cycles revenue was down by 31% on the same period last year, and sales from both national retailers and independent dealers were down, the bicycle division 55% behind the prior period.

E-mobility turnover was down by 26% on 2021, however the market was still up by 90% on 2020 for Tandem, showing the potential in the electric transport market. “There is still much uncertainty across the market regarding increased inflation, rising cost-of-living and a downturn in consumer spending,” said Rudd.

“However, as transportation costs continue to increase, this presents an opportunity for us all and we believe there will be a behavioural shift in consumers seeking e-mobility solutions as a cost-effective
alternative.

“The Covid active travel boom drove an incredible spike in sales presenting an opportunity for retailers and IBDs to capitalise on potential e-scooter sales which would be incremental to e-bike and mechanical cycle sales. The colleagues at Tandem Group remain dedicated and committed to working with all retailers and IBDs to drive sales fulfilling consumer demand.”