How e-bikes can shake up the daily commute

By Jamie Milroy, co-founder and CEO at Dash Rides 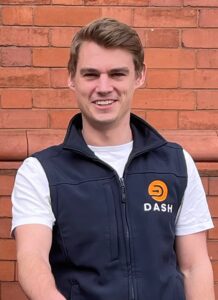 With the global pandemic leading to national lockdowns and concerns about social distancing, cycling in the UK has never been more popular. People are itching to get out and about, and we’re not just talking about fitness fanatics. More commuters are also hopping on bikes, swapping four wheels for two, and abandoning public transport for the healthier, cheaper and often quicker option.

The evolution and increasing popularity of electric bikes has played a huge part. Over the past decade, electric bikes have become lighter, more efficient and more affordable – making them the perfect candidate for the daily commute. Sure, you’ll still have to put the effort in to get that motor to work, but the additional boost means you won’t end up stuck halfway up a steep hill, you can go further in less time, and you’re less likely to be drenched in sweat when you arrive at your destination.

There are loads of other benefits you’ll share with regular bikes, too. It’s certainly far easier to social distance on a bike than a bus or train. Traffic is no longer a problem, and ‘leaves on the line’ will quickly become a distant memory. You’ll be pocketing commuting costs each and every month – and, let’s be honest, it quite simply feels great being out and about, doing something healthy and productive during what would otherwise be dead time.

These are just a few of the reasons why we’ve seen a huge surge in popularity for e-bikes in the UK, with sales more than doubling during 2020 and one in every five pounds spent on cycling going towards an electric bike. With more people becoming aware of the health, cost and environmental benefits, it’s actually just the start of an exciting journey.

Making cycling cheaper, safer and more accessible
As bike lovers here at Dash Rides, it’s genuinely easy to see and extol the virtues of e-bikes, but we’re not the only ones to spot their potential. With the Government committed to reaching net-zero emissions by 2050, reducing emissions from road transport remains a significant challenge. In a bid to tackle the issue head-on, ministers are considering a taxpayer-backed scheme to help slash the price of electric bikes by up to a third.

This could make a massive difference as, despite a surge in popularity, the number of people cycling to work remains relatively low. Around 6% (3.1 million) use bikes for their commute, but this is only half the number who cycle for sport or leisure (6.1 million).

Give workers the opportunity to upgrade their old bikes to electric bikes, and we could be on the way to overhauling a system that has historically relied on cars or overcrowded public transport and contributed to congestion, air pollution and health issues within the UK’s towns and cities.

Government subsidies to make e-bikes more affordable will naturally help to attract more cyclists, but it’s just the first hurdle we need to cross if we want to make electric bikes a genuine and viable alternative to both public transport and cars.

It’s equally important to consider infrastructure, and the need to make cycling as safe as possible, especially if we want to attract city workers, older people or commuters who don’t have health and fitness as a primary goal.

The Government has already pledged a £2 billion package for cycling lanes and pavements, helping to give cyclists their own safer space, which is a great start for those wanting to embrace cycling without sharing the road with cars, trucks and buses.

One thing that shouldn’t be overlooked is just how effective electric bikes actually are at covering ground – according to a mass study across Europe, the average e-biker travels 95% further than their compatriot on a traditional bike (9.4km vs. 4.8km), which opens up the possibilities for far more commuters.

Businesses can help to drive change
Businesses have already played an instrumental role in discovering a new normal throughout the pandemic. We’ve seen remote working become widespread, but as we slowly come out of lockdown and head back to offices, businesses can continue to play a part in shaping our new-look society by helping to give workers more options when it comes to transportation.

The traditional 9-5 working week has disappeared for many of us, with employees looking towards more flexible hours, working environments and commuting options. That means season tickets for trains and public transport may no longer be a viable option – after all, why pay for the days you’re no longer travelling into the office?

Many workers are also seeing company cars sit on their driveways for weeks or months on end, and again may question why they’re paying for something that isn’t getting used.

Electric bikes can take centre stage, offering the option to head into the office whenever you wish, without worrying about parking costs, season tickets, congestion charges or any other fee associated with traditional modes of transport. Yet, according to consulting firm BCW, only 7% of employers are actually utilising the Government Cycle to Work scheme to help their employees.

There have been various barriers to entry for businesses since the scheme first launched back in 1999, with frustrations around vouchers, time-consuming administration, concerns around ownership and other complex processes, which has stopped plenty of companies from embracing the scheme.

But with just over half of the UK’s workforce considering cycling as an option when they do return to the office, according to the same study, it’s clear there’s still plenty that businesses can do to help their workers. Companies need to invest in programmes that enable their workforce to sign up for affordable electric bikes, along with the clothing and equipment required to cycle comfortably and safely.

If businesses can put these building blocks in place, then along with further subsidies from the Government and widespread support for cycling infrastructure, we could genuinely see the electric bike play a key part in cutting urban pollution while also improving the health and mental wellbeing of town and city workers. That’s a future we can’t wait to see.